See the debugging section below and closed issues before opening a new issue.

Known to work on:

AMD CPU(s) are known to be problematic. AMD FX-8350 works but Phenom II X3 720 does not. A CPU with SSE4.1 support is required for macOS Sierra.

Preparation steps on your QEMU system

Update: The virt-manager method is no longer recommended, and no support is provided for it. 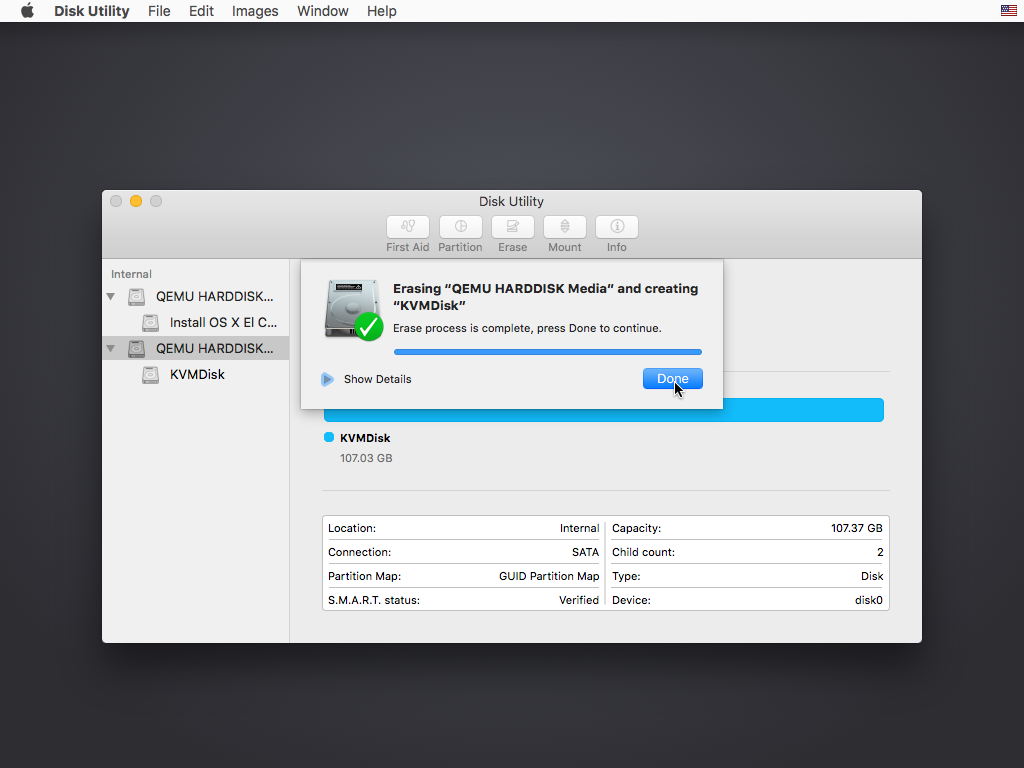 Gabriel Somlo also has some thoughts on the legal aspects involved in running macOS under QEMU/KVM.